The History behind How the Darwin Estate Telescope was acquired.

From 1988 to 1990 my family and I lived in Cambridge England after I received a Canadian NSERC Fellowship to perform original scientific brain-based research anywhere in the world I wished to travel. Cambridge was a brilliant choice to fulfill my post doctoral obligations. I had studied under Dr. Ian Whishaw at the University of Lethbridge. Dr. Whishaw was a world renown scholar and had previously worked with scientists at Cambridge University, so he generously made the introductions. I lectured and did original stem cell research at Downing College, and also invented the Montoya Staircase Test with my design team. The test, which measures amelioration of function following brain insult and subsequent multi-site stem cell application, is still used around the world today. The Department of Experimental Psychology at Downing College is one of the 31 colleges that make up the University of Cambridge in England. Cambridge University, formed in 1209, is the second oldest English speaking University in the world. The oldest English speaking University in the world is Oxford. Collectively the two Universities are termed Oxbridge. It was at this time that something truly remarkable happened. On Monday, September 19, 1988 my wife, Laura Montoya, and my mother-in-law Norma Schmidek went to the Grove in Cambridgeshire and attended an auction of the Charles Darwin Estate. Charles Darwin’s wife, Emma, had bought the house after Darwin’s death. Upon inspecting the home before the auction it was apparent that Emma had kept many of Darwin’s personal possessions. There were first edition signed copies of his books, a plethora of barometers, clocks, elephants, trinkets, bobbles, and keep sakes from around the globe. The entire home had been sealed and donated in its totality to the Fitzwilliam College over 100 years before. The Fitzwilliam College is another one of the 31 colleges that make up the University of Cambridge in the United Kingdom and was in need of extra financing so they auctioned off the contents. Sotheby’s auctions out of London founded in 1744 by Samuel Baker did brisk business that day. Most of the items were way out of our price range. The ones we could have afforded separately were sold in case lots for £3-£5000. Laura however snagged a small three-tiered telescope for £65 +10% auctioneer’s fee. It was amazing to actually own something that Charles Darwin owned. I had never really owned a piece of history before (see pictures of diary and telescope). To be honest I didn’t have much time to consider what we had purchased or even handle the purchase. I was working 60 to 70 hours per week at the University and publishing papers and acquiring grants.

Even when I returned to Canada to raise my family and work at a small community college in central BC I had little time to even consider the purchase. So the telescope and diary stayed buried in my sock drawer. When I lectured on evolutionary psychology or nature versus nurture I would sometimes bring the telescope to class and read from Laura’s Journal/diary in class. The students found handling the telescope and the story surrounding it captivating. Approximately 10 years after the purchase after I had settled into my new position and had received tenure I began to look into the history of Charles Darwin and look for how many other telescopes in the world actually were owned by him. At the time I could find no other telescopes. Charles Darwin had mentioned that what he needed on his trip was a good pair of pistols, a good telescope, and a Bible. In 2013 I searched again and found the following hyperlink. I personally feel, however, that this telescope looks too “pretty” to have been taken on a cruise around the world at that particular time in history. It looks more like a commemorative telescope presented after the fact. 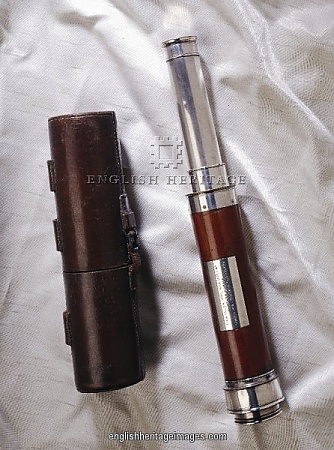 DOWN HOUSE, Downe, Kent. Telescope and case. Inscribed “This Telescope was used by Charles Darwin during his voyage in the Beagle”.

Other options available, please contact us for more details

I am still looking for other Darwin telescopes for sale or just to complete the entire history of Darwin telescopes. So if anyone knows of other claims to the throne… so to speak… please let me know… : )

In conclusion, there is one other interesting aspect to this story. Since I actually started handling the telescope and researching its history a rather strange and arcane thing has occurred. While at Thompson Rivers University, the newest comprehensive University in Canada, members of my think tank and I (all of whom have handled the telescope) have published two papers on origins of the species in International Peer Reviewed Journals….. So for those of you who follow Warehouse 13, it is true: Historical artifacts do alter perceptions, and have power to change life and indeed reality. The extent to which this particular artifact can and does alter reality is not a topic for open discussion. However, if you are a Warehouse 13 fan: it is all true. Click on the hyperlinks below to view the papers. I am only sorry that we could not have added the final authors name.

A Transdisciplinary Perspective Concerning the Origin of the … 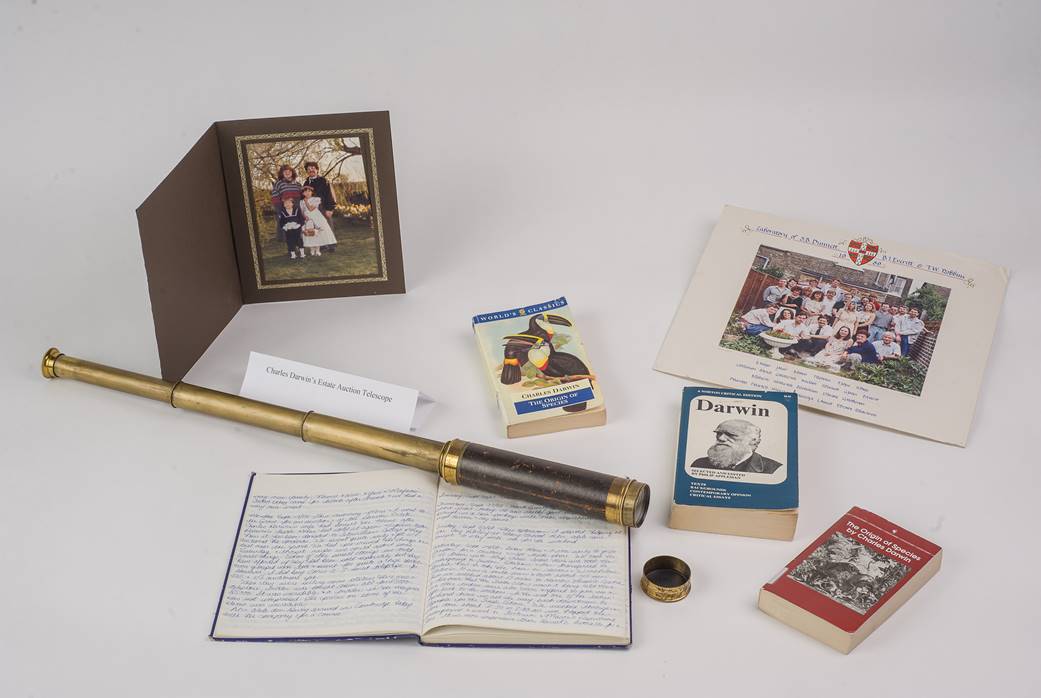 Telescope, Journal and Pictures from Cambridge: Other Pictures Follow below. 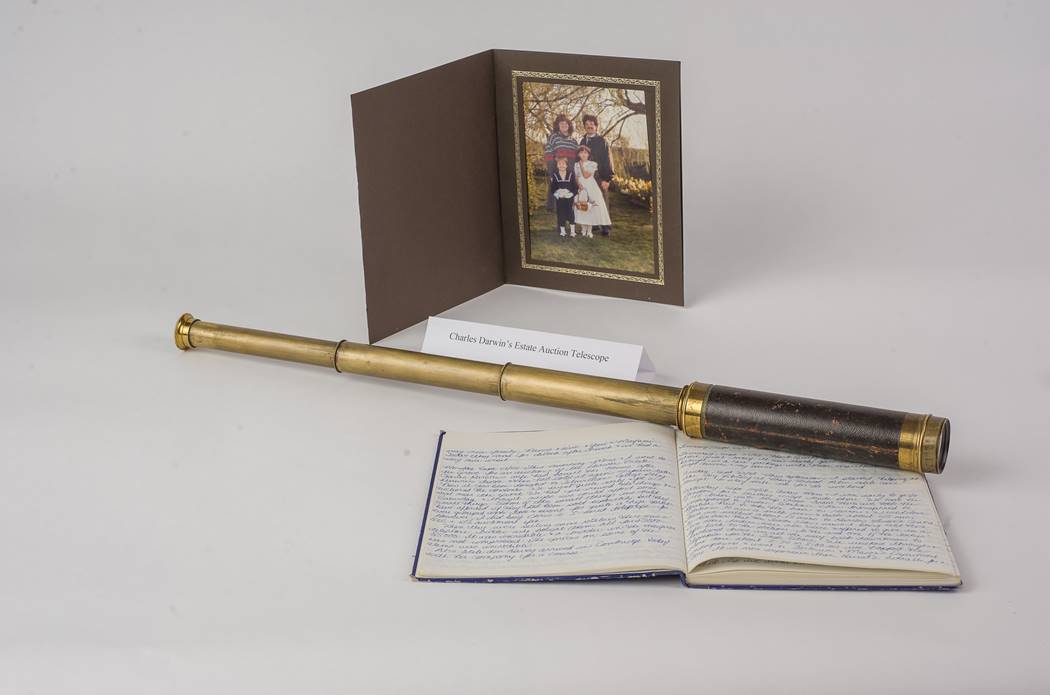 Journal, Telescope, and Family Photo in Cambridge: Below see page from 2 year Journal/Diary 1988-1990. 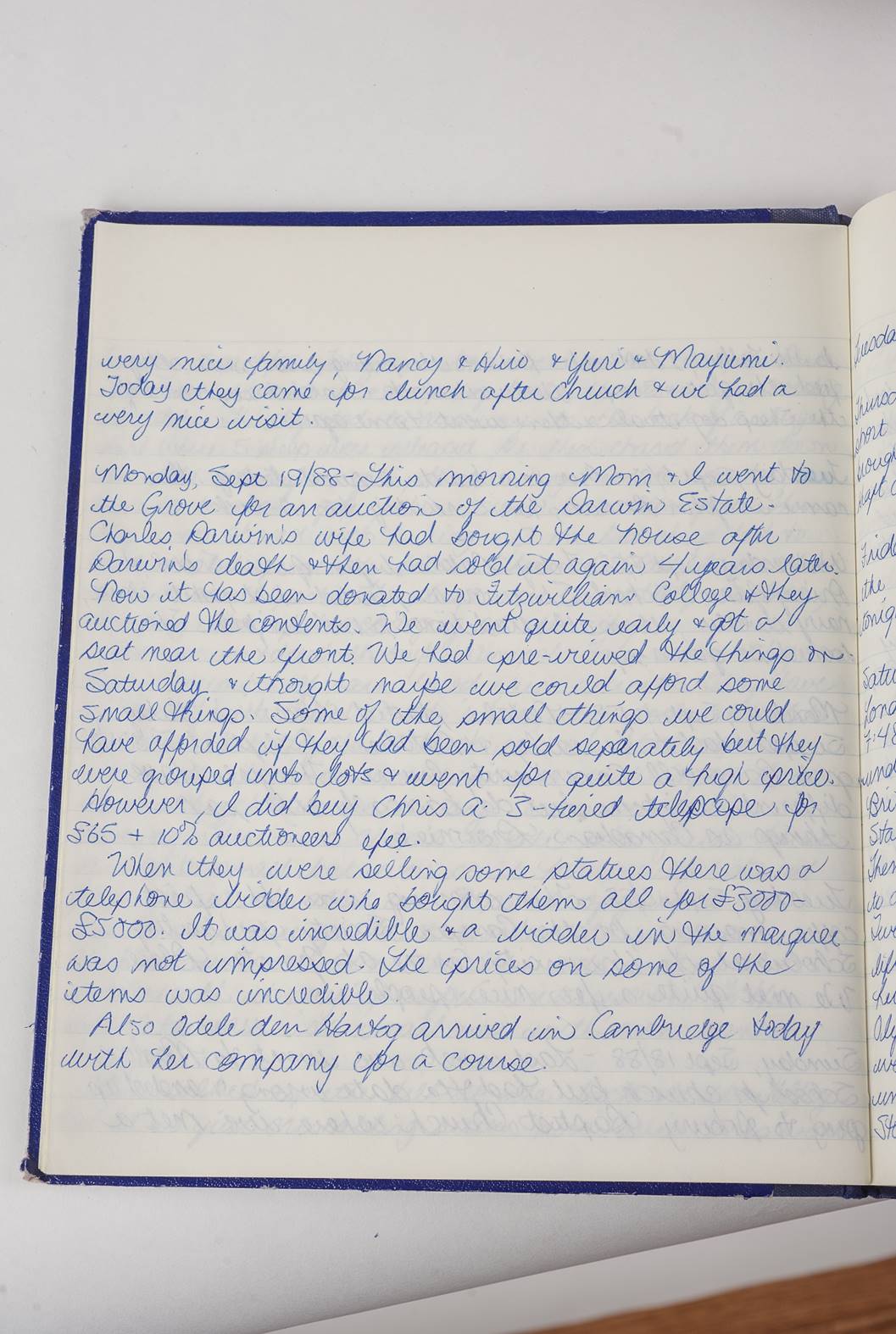 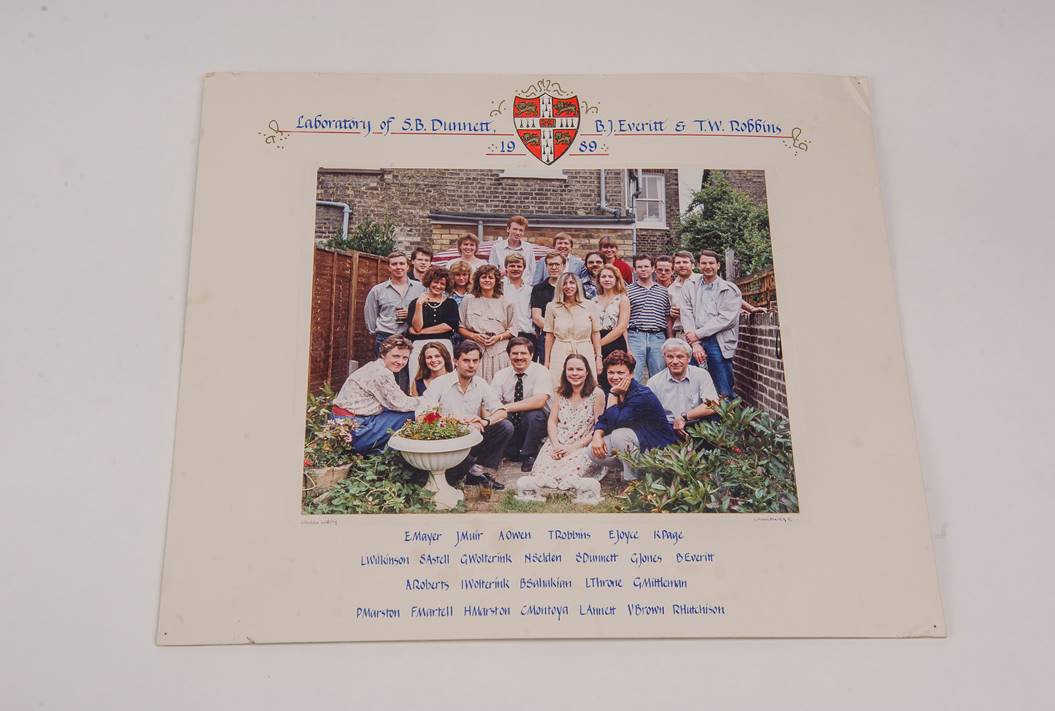 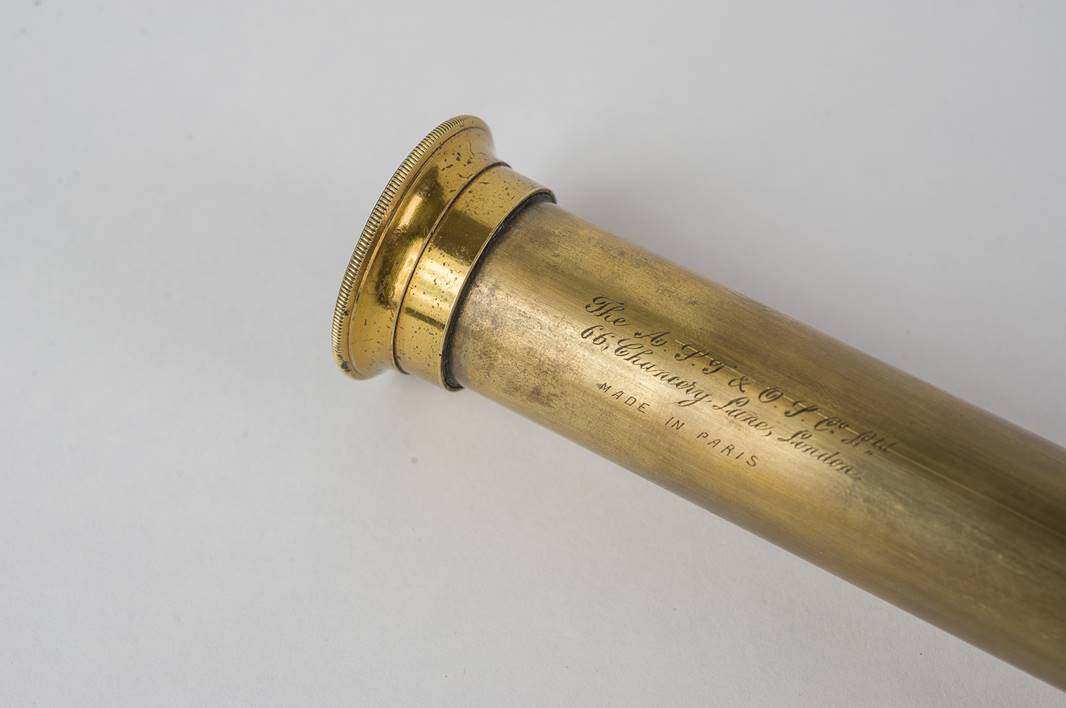